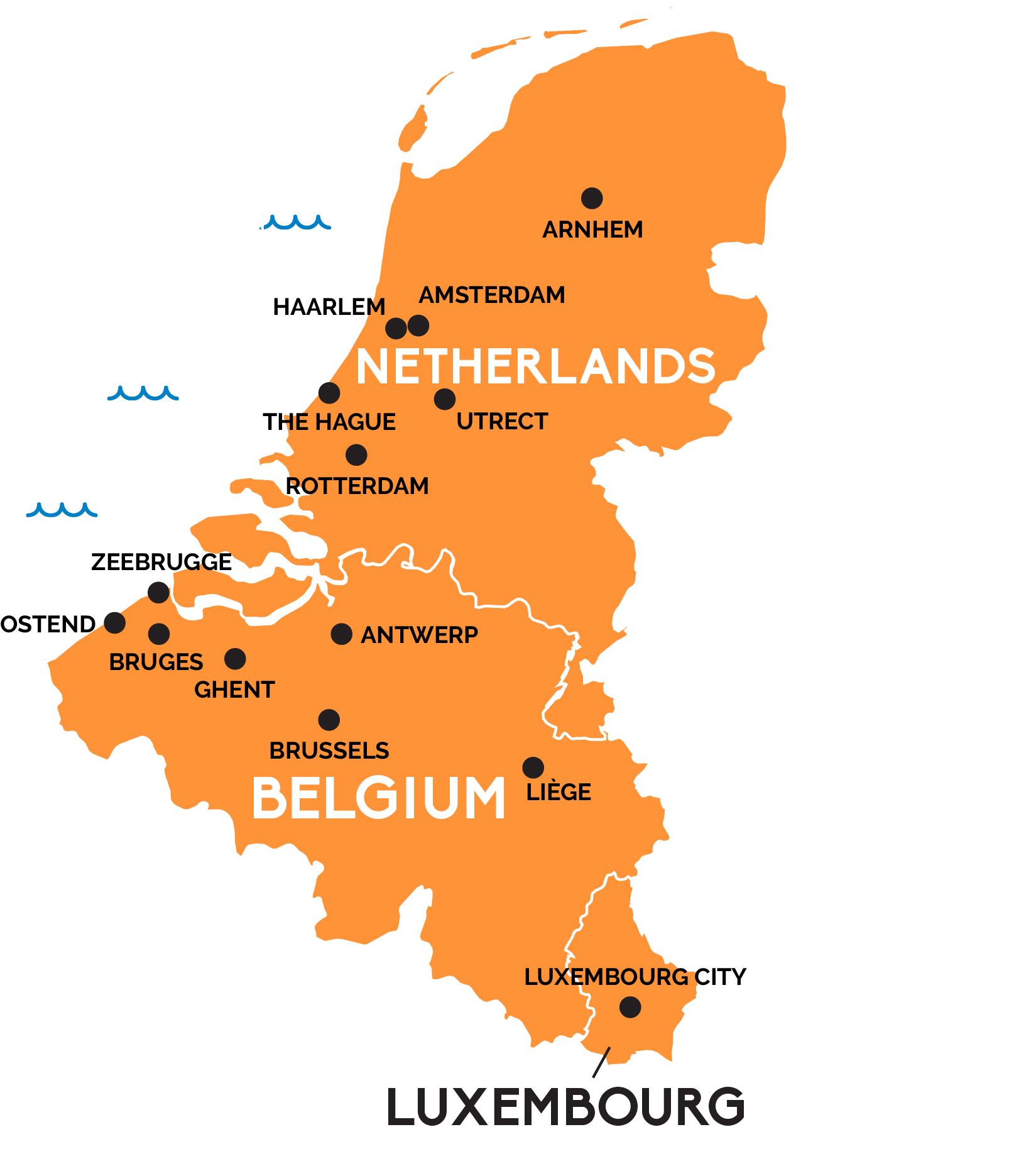 Map of Belgium
A mid-sized member of the Low Countries straddling the Germanic and Romance-language sides of Europe, home to French fries and Flemish painters, EU democracy and Trappist ales.  >> Read more

Map of the Netherlands
This nation of windmills and cheese, Rembrandt and Van Gogh was one of the world’s first great global trading powers, a 17th century empire underpinned by, or all things, tulip bulbs.  >> Read more

Map of Luxembourg
This miniscule Grand Duchy of the Low Countries is a Europe in miniature, with medieval castles, Gothic cathedrals, a wine country, and a UNESCO World Heritage Site of a capital city.  >> Read more