Romania sprawls across southeastern Europe from the Carpathian Mountains to the Danube Valley to the shores of the Black Sea, a relatively young nation knitted together in 1877 from the medieval principalities of Wallachia, Moldavia, and Transylvania. Romania—with its ethnic mix of Balkan Slavs, Saxon Germans, Hungarian Magyar, and Roma Gypsies—is a wild, fascinating, widely misunderstood country still suffering a bit from its historic reputation for producing legendary bad guys.

In the 20th century alone, it suffered Communist dictator Nicolae Ceaușescu and eager Nazi ally Ion Antonescu, but its most famous baddie by far was the mid-15th century Vlad III, better known as Vlad Țepeș (Vlad the Impaler), a local hero who fought the Ottoman Empire and was not nearly as brutal as his later, greatly exaggerated foreign reputation would suggest (not that he couldn’t be cruel, just that he probably didn’t deserve to have his identity borrowed by Bram Stoker to form the backstory for his vampire “Count Dracula”).

Truth be told, few come to Romania to spend time in Bucharest, Europe’s sixth-largest city, but—despite the crumbling buildings and blight of brutally dull Stalinist architecture—Bucharest is a dynamic place modernizing at a frenetic pace, with several museums and Ceaușescu’s comically oversized Parliamentary Palace to explore. Much of the rest of Romania is either rural or wooded. The spectacular Southern Carpathian mountains, home to Europe’s best-value skiing and great hiking trails, were the core of the pre-Roman Thracian Kingdom of Dacia. They now form the province of Transylvania, all forested hills peppered with medieval villages built around distinctive fortified churches. Here you’ll find the open-air museum of traditional folk architecture and life in Sibiu, the historic city of Brasov with its Gothic Black Church, and the brightly painted houses and cobblestone alleys of Sighişoara, birthplace of Romania’s most (in)famous native son, Vlad Țepeș.

Romania is also brimming with evocative castles, from the turreted late 19th century fantasy of Peleş Castle above Sinaia to the fortified Bran Castle, which is dramatic enough even if—despite the local tourism industry’s investment on this as “Dracula’s Castle”—Vlad the Impaler never actually lived here (at most, he might have spent a few nights).

When to Go to Romania: It can get surprisingly hot in summer, and brutally cold in the winter (especially in the rural, mountainous areas that are among Romania’s biggest draws), so unless you are skiing, fall and spring are best.

Events and Holidays in Romania:

The mystery of Romania attracts many travelers a year who are never disappointed by its intricate architecture and rich history. The Romanian rail network, the Căile Ferate… 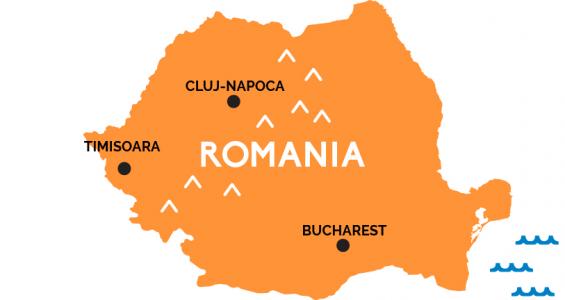