Miniscule Luxembourg, the world’s only remaining Grand Duchy, is so much more than just a European tax haven wedged between France, Germany, and Belgium. It is just 998 square miles (Rhode Island is 55% bigger than Luxembourg), with a population of barely more than half a million—yet they manage to speak three languages (French, German, and Luxembourgish), and have long been leaders in European economic and social integration (the treaty that allows Europeans free movement among member states was signed in the village of Schengen).

The old town of Luxembourg City is a UNESCO World heritage site, a strategic redoubt atop the cliffs above a backwards S-bend in the Alzette River, girded by mighty city walls and a medieval skyline spiked by the thin spires of Notre-Dame Cathedral. Outside the city, Luxembourg is best known for the densely forested slopes of the Ardennes (where the Museum of Military History in Diekirch commemorates the terrible Battle of the Bulge fought here in 1945), the wineries along the Moselle River, and a bevvy of photogenic medieval castles.

The most famous of these is the 11th–14th century Château de Vianden, all sloping roofs and round turrets with vaulted halls, a hexagonal Gothic chapel, and Flemish tapestries in Renaissance spaces—but also something of a 20th century reconstruction from the ruins it had become by the 19th century.

When to Go to Luxembourg: Luxembourg enjoys a moderate climate, a bit warmer and drier than its Benelux neighbors to the north. The best times to visit are spring through autumn, with a high season of reliably warm weather—and some crowds—in July and August.

Events and Holidays in Luxembourg:

Although small in size, with a population of just over five hundred thousand people, Luxembourg’s national railway network offers a full library of train options for visitors and regular train riders operated by the Société Nationale des Chemins de Fer… 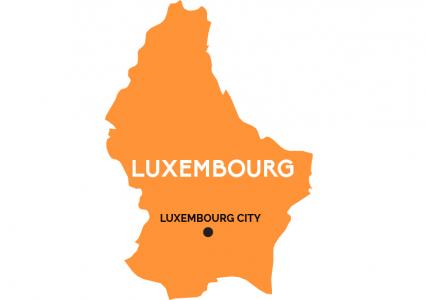