The Polskie Koleje Państwowe SA (Polish State Railways)—abbreviated as PKP—is the main railway company in Poland. It was founded when the former state-owned operator was divided into several components based on the requirements of the European Union.

Regional Trains in Poland
In addition to the PKP regional tains, many regional rail lines are run by a now-separate company called Przewozy Regionalne (Regional services). There are a half-dozen other small, regional operators, including Koleje Mazowieckie (serving the Masovian Voivodeship region around Warsaw) and Koleje Dolnośląskie (serving Lower Silesia).

Reservations on Trains in Poland
Any train with the word “Ekpres” in its name is a high-speed line that requires reservations, as do EC trains on domestic routes. The Tanie Linie Kolejowe are fast trains with optional reservations for first-class passengers. 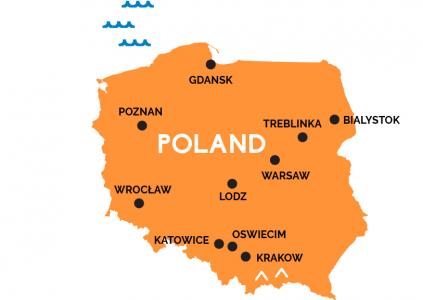