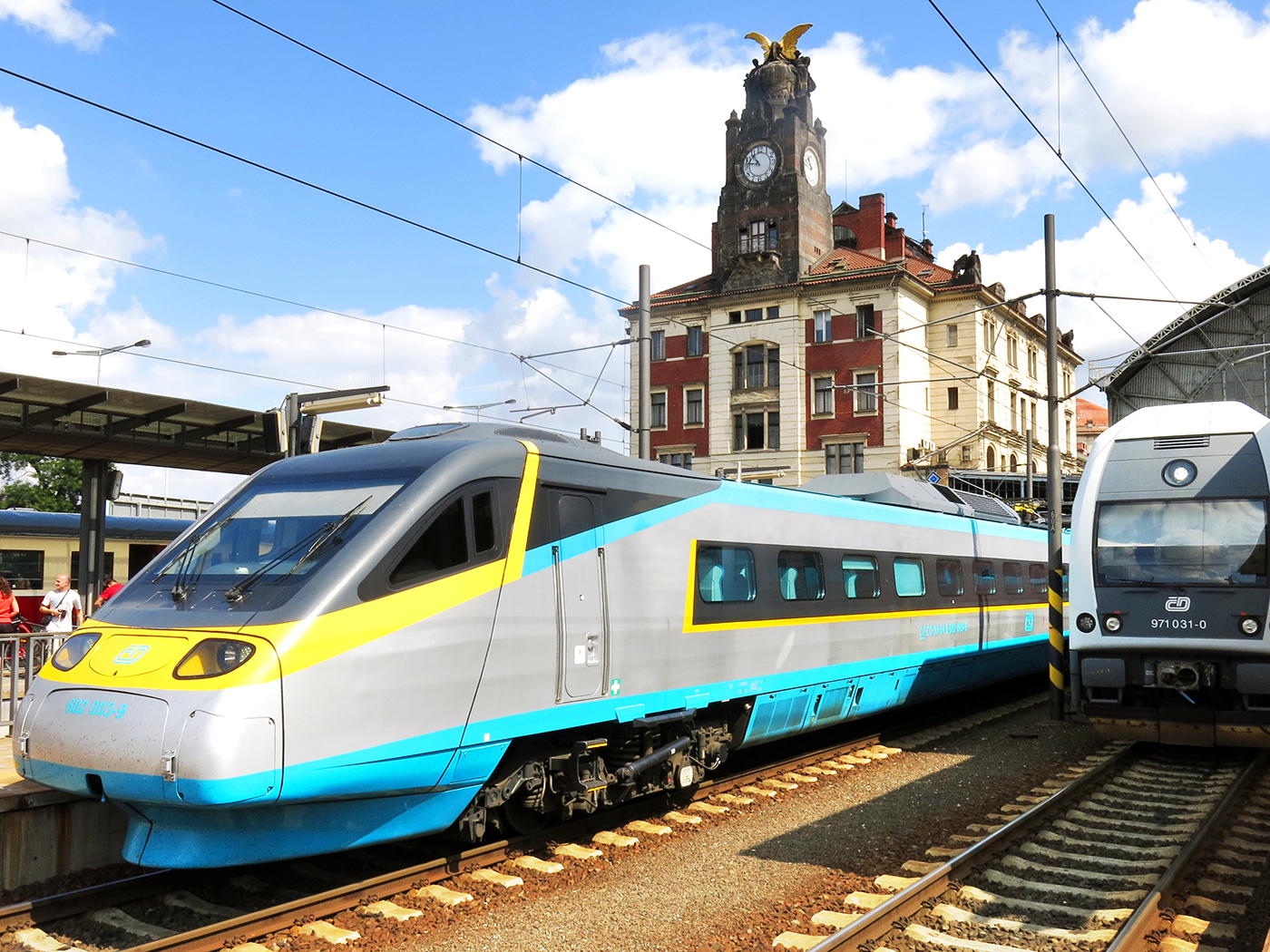 The main railway operator in the Czech Republic is České dráhy, or Czech Railways (ČD). The company was established in 1993, after the disbanding of Czechoslovakia and the Czechoslovak State Railways. Attempts are being made to make the railway more efficient.

Some rail lines are operated by the independent companies RegioJet or LEO Express, both of which aim for a higher standard of service.

These are the newer and fastest trains, operating between the biggest cities, domestically and internationally, are the Supercity (Pendolino) trains, with above-standard services and a business section with required seat reservations.

There is also a high-speed RailJet (RJ) train service from Prague to Vienna, Austria, and onward from there.

Reservations are required, however, on the InterCity, EuroCity, and SuperCity (Pendolino) high-speed lines, and business section seats on the RailJet.

There are also some international trains to and from the CR that require a reservation fee.