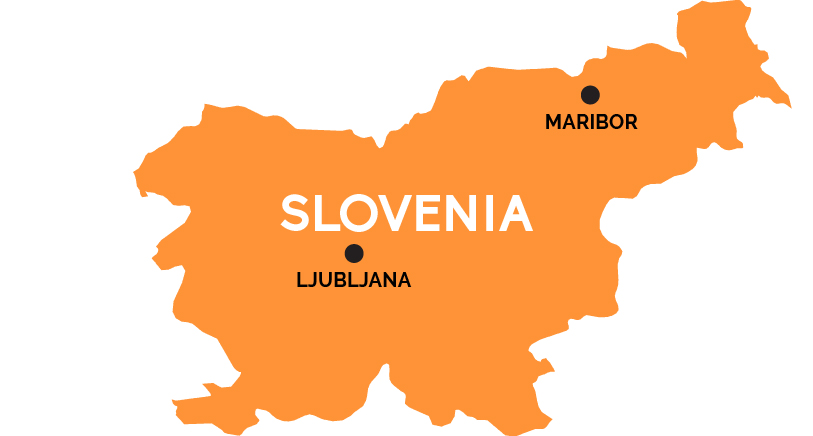 The northernmost of the Balkan states mixes Austro-Hungarian elegance with Slavic spice and Italian influence.

Wedged between Austria to the north and Croatia to the south, bordering Hungary to the east and Italy to the west, tiny Slovenia was always the most Western European of the former Yugoslav states. It was the first to break away from Yugoslavia, in 1989, and realign itself with Europe, and its lovely baroque-meets–Art Nouveau capital of Ljubljana was quickly dubbed (a bit grandiosely) the “new Prague.” Few venture beyond the eastern hub city of Maribor into the Pannonian Plains along the Hungarian border, but the west of Slovenia is popular—from the northern Julian Alps to the southern Dinaric Alps and the cave-riddled karst plateaus in between. Slovenia even its own scrap of Mediterranean-style Adriatic coastline, consosting of the resort of Portoroz and Venetian-flavored town of Piran, both practically in the suburbs of Trieste, Italy, just to the north.