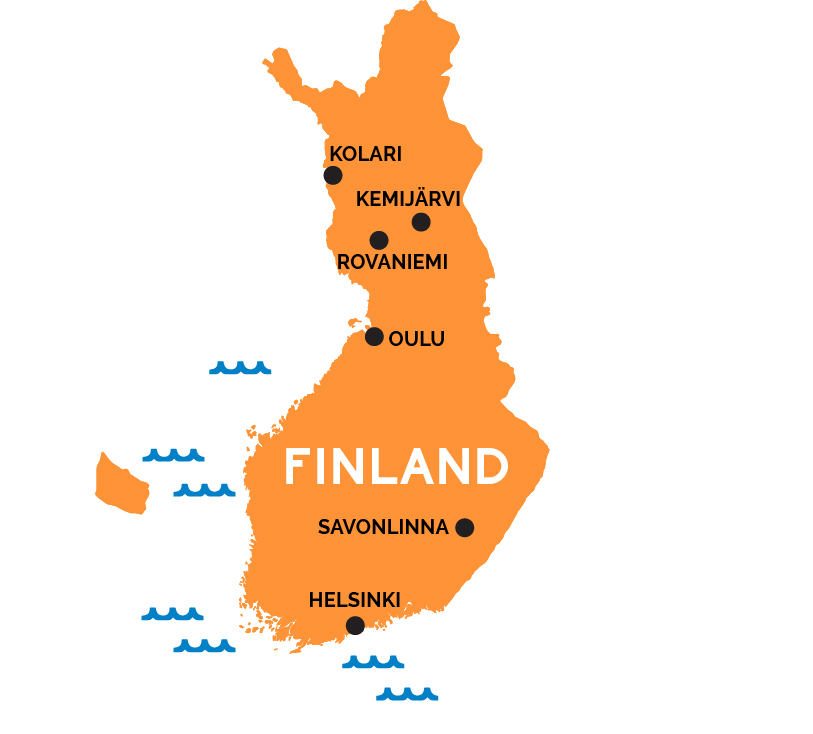 From hip Helsinki in the south to Lapland’s Land of the Midnight Sun above the Arctic Circle, Europe’s least densely-populated country is a scenic wonderland of lakes and forested hills.

Though it lies on the southernmost tip of Finland, Helsinki is actually the world’s second northernmost capital, a mix of St. Petersburg–style Russian and 20th century avant garde. From Helsinki you can catch a train to Savonlinna, gateway to Finland’s southern Lake Region studded with more than 55,000 lakes.

You can also get a high-speed or overnight train up though Oulu and into the northern Lapland region at Kolari, by Swedish border, or through Lapland’s capital, Rovaniemi, to Kemijärvi, Finland’s northernmost town. While there are direct trains from Helsinki into Russia (St. Petersburg), the vast majority of overland travelers connect to Finland by ferry—from Sweden, Germany, or Estonia to Helsinki, with other connections from Sweden to Turku and Vaasa—and most major ferry routes are discounted to railpass holders.