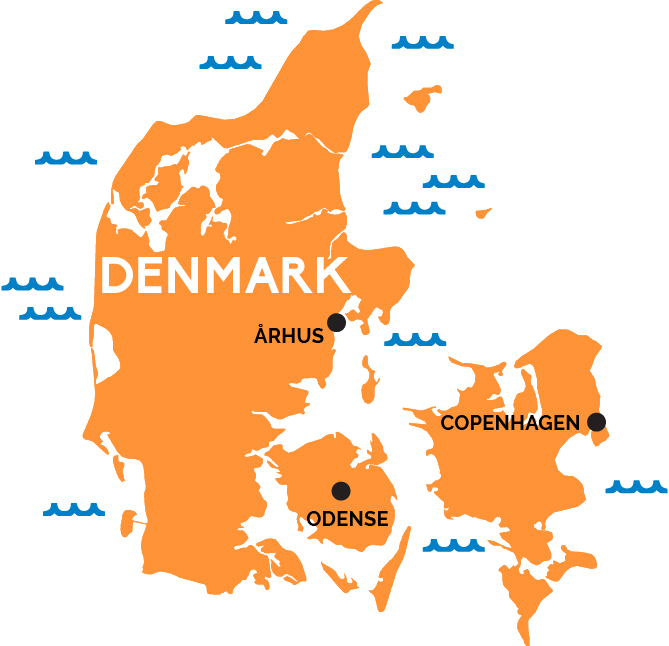 This southerly Scandinavian group of islands and sandy beaches is the land of Hamlet and Lego, medieval castles and modernist towns.Denmark reaches north from Germany toward the Scandinavian peninsula, and is comprised of a large mainland peninsula of lowlands and sandy dune beaches called Jutland.

Largely to its east, some 443 islands—the largest interconnected by bridges—where most of the major tourist cities and sights lie. At the easternmost edge of the largest island, Zealand, sits the Danish capital, Copenhagen (København in Danish), a city of royal palaces and pleasure parks with direct rail connections to Germany and Sweden.

Right by the Copenhagen airport, a tunnel plunges under the sea to emerge a short time later as the long Øresund Bridge, crossing the straits to Malmö, Sweden in 45 minutes by train. Train also leave Copenhagen every half hour headed west to medieval Odense, home to Hans Christian Andersen, on the island of Funen, and then on to Jutland and its cities of Århus (a lovely mix of Gothic and modern) and northerly Aalborg.