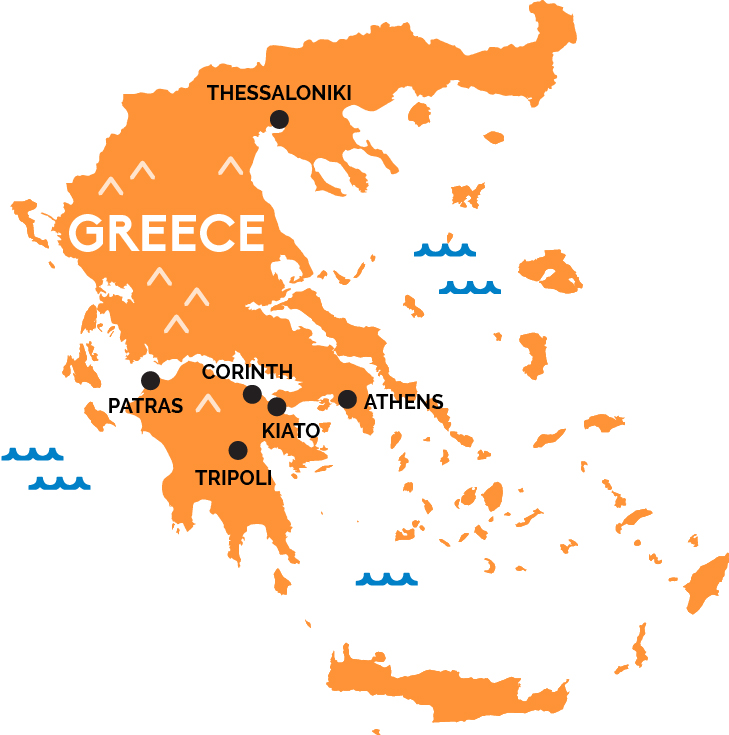 The cradle of Western civilization has ancient ruins, sun-kissed islands, and a joyfully laid-back lifestyle that has made it a tourist magnet for centuries.Athens is the capital of Greece and the wellspring of Western culture, a city of ancient temples and bustling streets sitting at the southern end of Greece’s mainland. Trains run north from Athens through Larissa to the country’s northern rail hub at Thessaloniki, which has connections on to Sofia in Bulgaria. (The Greek economic crisis has led to shutting down of many lines, especially international ones; the connection from Thessaloniki to Skopje, Macedonia, has been suspended in response to the Syrian refugee crisis.)

You can also hop a regional train from Athens inland to Kalabaka, where the famous medieval Metéorea monasteries perch atop rock pinnacles. West of Athens, beyond the isthmus of Corinth, spreads the large Peloponnese peninsula, where you can change at Kiato for trains to Patras, the main ferry port for boats to Italy. In fact, if you use a railpass to take the ferry from Italy to Greece, you can get also get discounts on ships to explore the fabled Greek Islands in the Aegean and Mediterranean Seas—spectacular Santorini, historic Rhodes and Pátmos, party-central Mykonos, and ancient Crete, a land unto itself.